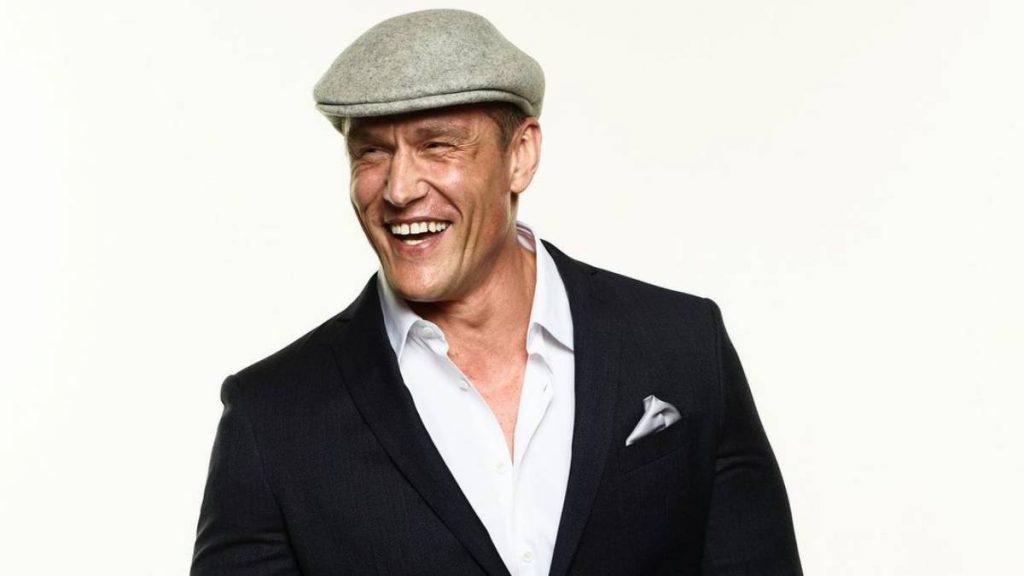 Andrey Ivchenko is a Ukrainian actor and former military personnel. He has an impressive background and has proven his skills in the army and the entertainment industry. He started his military career when he was young and established himself as a talented actor in 2009. Andrey has since been actively working as an actor and has been a member of different popular movies and television series.

However, one of the most remarkable moments of his acting career came in 2019 when he became the cast member of the popular Netflix series Stranger Things. So, please stick with us to learn more about the actor and his professional journey.

What is Andrey Ivchenko Height?

Andrey Ivchenko has an intimidating physique and a well-maintained body. He stands at the height of 6 feet and 3 inches (1.91m/191cms) tall. Furthermore, he has a muscular body with an estimated weight of 108kg (240lbs). In addition, he has short brown hair color with brown-colored eyes. Judging by his pictures, we can say that he undergoes an extreme gym schedule to maintain his muscular physique.

You might want to check out American Actress Chelsea Talmadge.

Andrey gave his debut performance as an actor in 2009. His first role was that of Butcher’s bodyguard in the short movie Scratched Out. Andrey shared the stage with actors like Nicole Rembacz and Reini Wolf. The initial years of his acting career were full of small roles and characters. He portrayed the waiter in Who is Clark Rockefeller? (2010), a Russian mobster in You Got Served: Beat the World (2011), an armed fighter for an episode of Falling Skies (2011), and a Russian soldier for an episode of The Firm (2012).

Another one of the most remarkable moments of Andrey’s professional acting career came when he secured the recurring role of Karl in Counterpart. While Ivchenko’s time with the series was brief, he appeared for two episodes of the series. Furthermore, he has also portrayed Kristoff for an episode of the crime, fantasy, and drama television series Lucifer. Apart from this, his upcoming projects include shows like The Best Man and The Trial. Both movies are currently under post-production and will probably hit the theatres in 2023.

The most notable role of Ivchenko’s acting career came when he became a recurring cast member of the drama, fantasy, and horror Netflix series Stranger Things. He played the role of Grigori in the third season of the series and appeared for seven episodes. Grigori is a Russian soldier and hitman who plays an antagonizing role in the series. Furthermore, he was present during USSR’s Hawkins, Indiana-based secret mission. Andrey shared the screen alongside performers like David Harbour and Winona Ryder.

You might want to check out celebrity child Solo Uniacke.

Who is Andrey Ivchenko Wife?

Andrey is a married person. He is in a relationship with his better half, and her name is Becky Poliakoff. While they prefer keeping the details of their relationship away from the public’s attention, they have shared their pictures on Instagram. Furthermore, the fans have also spotted them together in places like shopping centers and restaurants. Besides this, we cannot determine if they have tied knots or not. Furthermore, we are also unaware if they have children or not.

What is Andrey Ivchenko’s Age?

Andrey Ivchenko is currently 51 years old, as he was born in 1971. Furthermore, he celebrates his birthday every year on 1 July, and his zodiac sign is Cancer. Moreover, he was born in Kharkiv, Ukraine, and he holds Ukrainian nationality. Besides this, he has not revealed much about his early life and family background. However, we are aware of the fact that he was military personnel prior to establishing himself as an actor. In addition, he served the USSR military for two years and dedicated all of his efforts to the nation.

Andrey makes his fortune by working as an actor. He has portrayed iconic characters in popular series like Stranger Things and earned fame as a successful actor. Furthermore, he has also earned decent money from his military career. According to online sources, he has an estimated net worth of $1.5 million.

Please stay connected with us at I am Biography for more interesting content and exciting updates regarding your favorite celebrities,