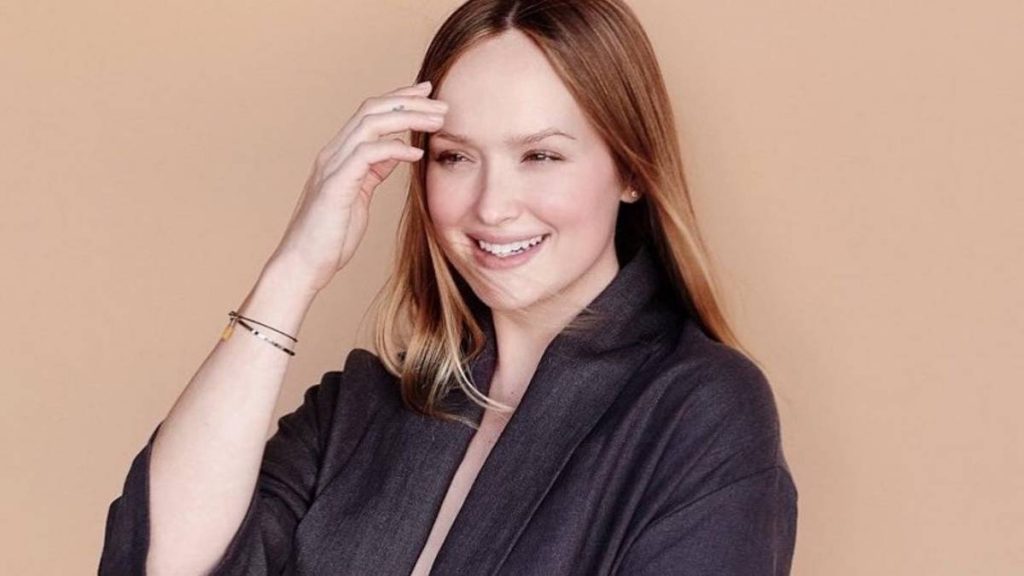 Kaylee DeFer’s full name is Kaylee Anne DeFer. She is an American actress in the show business since her debut performance in 2004. She has been responsible for multiple major roles throughout her acting career.

DeFer has impressed the audience again and again with her amazing performances. Kaylee is well-known for her recurring roles in television series like The War at Home in 2005 and Gossip Girls in 2011. So, please stick with us to learn more about the talented actress and her journey to stardom.

What is Kaylee DeFer Net Worth?

Kaylee makes her fortune by working as a full-time actress. She has handled recurring roles in various television series throughout her professional acting career. Likewise, she has also been responsible for portraying major movie characters.

DeFer has worked hard to impress the audience with her amazing performances. According to online sources and estimates, her current net worth lies around $800,000.

One of the most remarkable moments of Kaylee’s acting career came in 2011 when she secured the recurring role of Ivy Dickens. She portrayed this character for 39 episodes of the series and was a main character during the fourth and fifth seasons.

However, she previously tried to get the role of Raina Thorpe but was unable to get it. Popular actress Tika Sumpter is responsible for portraying Raina in the series.

Despite her unsuccessful audition for Raina’s character, Kaylee became the show’s cast member and one of the most successful characters after playing the role of Ivy Dickens. She is a con artist in the show, but her amazing portrayal of Dickens won millions of hearts.

Kaylee became a topic of discussion when many fans noticed that she resembled Rachel Virginia Gatina in the romantic drama television series One Tree Hill. This created a lot of confusion among the show’s fans as they wondered if Kaylee was a cast member of the series or not.

However, this is not true, as she has never worked with the cast members of One Tree Hill. Furthermore, American actress Danneel Ackles was responsible for playing the role of Rachel Virginia Gatina in One Tree Hill.

Kaylee DeFer is currently 36 years old, as she was born in 1986. Furthermore, DeFer celebrates her birthday every year on 23 September, and her zodiac sign is Libra. Moreover, she is an American citizen, born in Tucson, Arizona, the United States of America.

Unfortunately, she has not disclosed much information about her family background and family members. As a result, we cannot determine her parents’ names and sibling details. However, we know that she relocated from Tucson, Arizona, in 2003 to Los Angeles to establish herself as an actress.

Kaylee gave her debut performance as an actress in 2004. The first role of her professional acting career was that of a cute girl in an episode of the American teen sitcom Drake and Josh. In the same year, she secured another role as Emily for an American soap opera North Shore episode.

Furthermore, the first recurring role of her professional acting career came in her debut year. DeFer appeared as Stephanie for two episodes of Quintuplets before ending the year with the recurring role of Scarlett in the American drama television series The Mountain.

Kaylee made her way to the movie industry when she successfully auditioned for the role of Des in the 2005 comedy movie Underclassman. Likewise, she appeared in movies like Flicka in 2006 and Red State in 2011. However, she has been more active as a television star than a movie star.

The audience has witnessed her amazing acting in television series like The War at Home, in which she had the recurring role of Hillary Gold for 44 episodes. Likewise, Kaylee also appeared as Casey in two episodes of the popular American sitcom How I Met Your Mother. Unfortunately, she has been inactive in the entertainment industry since.

Kaylee DeFer Called Off Her Engagement

Kaylee DeFer was in a romantic relationship with her former lover and jewelry designer Michael Raymond Pereira in 2012. Furthermore, they were planning an engagement event but DeFer called off the engagement after being in an on-again-off-again relationship with Pereira since 2002.

Following her failed engagement, Pereira and DeFer went their separate ways. Kaylee began dating the American musician and lead vocalist of Fitz and the Tantrums, Michael Sean Fitzpatrick, in May 2013. The pair have been together ever since, and they walked down the aisle on 25 July 2015.

Moreover, they are the proud parents of three children, and they have had the experience of parenting since the birth of their first child in 2013.